NTENTION successfully integrated its game-changing “Astronaut Smart Glove” technology to a new concept spacesuit for Moon and Mars exploration during the latest NASA Haughton-Mars Project field test campaign. The success marks a new milestone in NTENTION’s growth to becoming the leading provider of human-robot interaction solutions on Earth and in space. 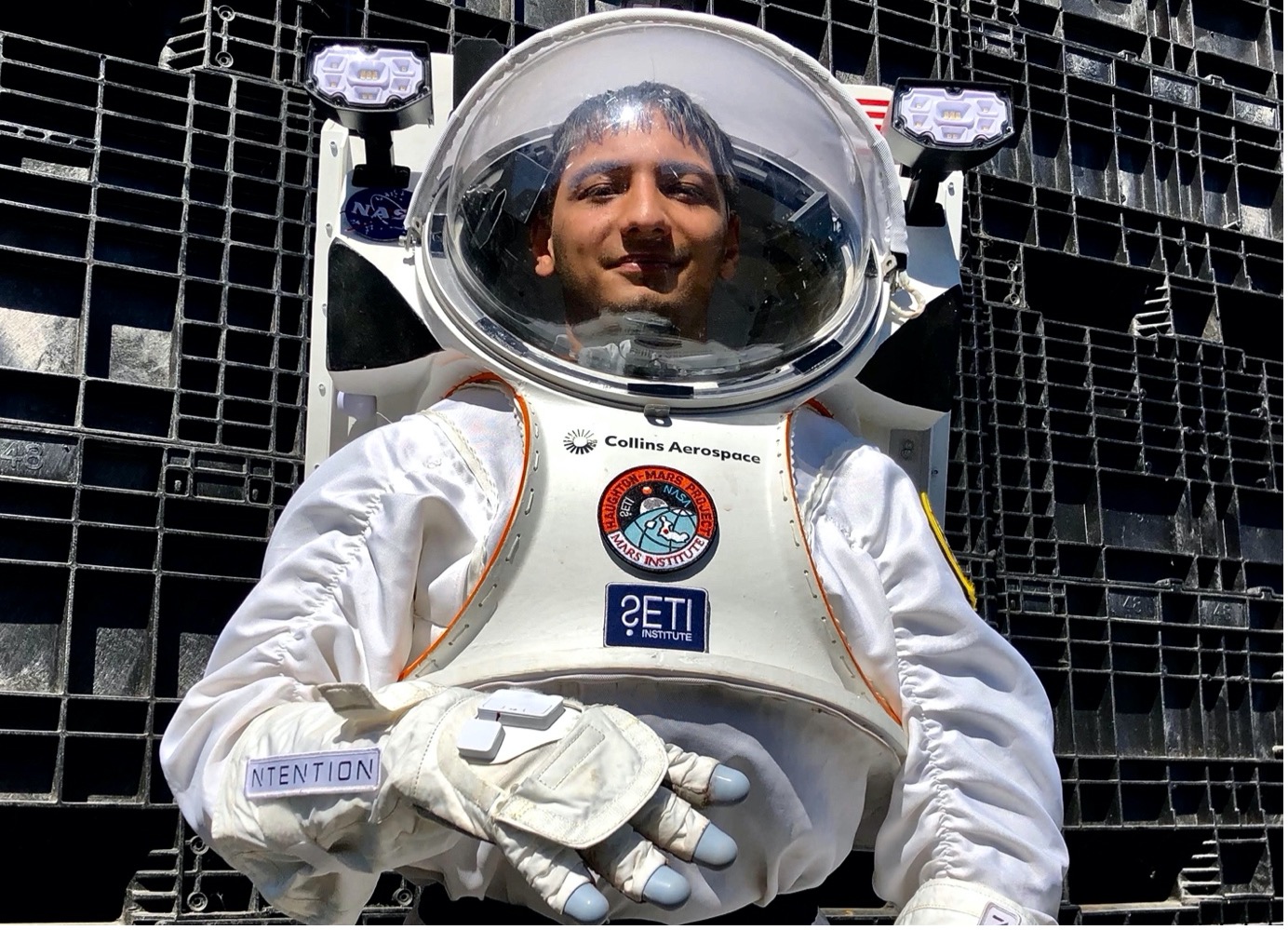 September 17, 2021, Trondheim, Norway. NTENTION announces the successful integration of its next generation Astronaut Smart Glove (ASG) to a new concept spacesuit for Moon and Mars exploration, and the successful testing of the ASG in science operations tests during the latest NASA Haughton-Mars Project (HMP) field test campaign in Oregon, USA. Developed by NTENTION in collaboration with Nordic Semiconductor, the ASG is an advanced human-machine interface (HMI) that will allow future astronauts on the Moon and Mars to remotely operate, intuitively and effortlessly, a wide range of robotic systems such as robotic arms, cranes, rovers, and drones, via simple, single-handed gestures. The amplitude of hand gestures needed is minimal, consistent with wearing a constricting and rigid pressurized spacesuit. Head motions are also part of the ASG HMI.

The NASA HMP-2021 field campaign was aimed at testing new technologies for future Moon and Mars surface exploration in field settings presenting challenges analogous to those expected at the lunar South Pole - the destination of NASA’s Artemis Program - and in many areas on Mars: complex terrain with rough surfaces, steep topography, low bearing strength materials, and off-limit areas. Hard-to-reach sites where human exploration would be significantly aided and enhanced by robotic assistants.

Central to the NASA HMP-2021 field tests was aerospace giant Collins Aerospace’s new concept spacesuit for Moon and Mars EVA (Extra-Vehicular Activity), with its innovative integrated Information Technologies and Informatics Subsystem (IT IS). The Collins IT IS includes head-up displays and voice commanding. NTENTION’s ASG was successfully integrated to the Collins IT IS , producing a powerful HMI.

“Our field test this year demonstrated how an HMI like our Astronaut Smart Glove system can be seamlessly integrated into a spacesuit and offer future astronauts on the Moon and Mars much greater perception, reach, and control of their surroundings,” said Moina Tamuly, Co-CEO and Co-Founder of Ntention.

“NTENTION’s Smart Glove technology is an extension of the substantial capabilities in the Collins suit; it enables easier, more instinctive interaction with an astronaut’s surroundings, such as the robotics that will be placed on the Moon and Mars.” said Greg Quinn, Chief EVA engineer at Collins Aerospace

In addition to achieving the successful integration of the ASG to the Collins concept spacesuit IT IS, NTENTION carried out a successful demonstration of the use of a robotic system – a drone – to collect rock sample materials from remote locations not directly accessible by the astronaut.

“NTENTION’s demonstration of distant rock sampling using a robot teleoperated via the Astronaut Smart Glove opens the way to astronauts sampling high priority but off-limits areas on the Moon and Mars, such as the deep bottoms of steep craters and canyons, or regions of astrobiological potential subject to planetary protection,” said Pascal Lee, planetary scientist with the Mars Institute and the SETI Institute, and director of the NASA Haughton-Mars Project at NASA Ames Research Center. NTENTION’s latest success during the NASA HMP-2021 field campaign takes the ASG one giant leap closer to spaceflight, positioning the company to becoming the leading provider of human-robot interaction solutions in space. In a broader picture, the latest ASG achievement represents yet another milestone in the development of the NTENTION Interaction Framework (NIF), the company’s vision of developing systems for humans and machines to intuitively and intimately communicate, cooperate, and co-evolve. 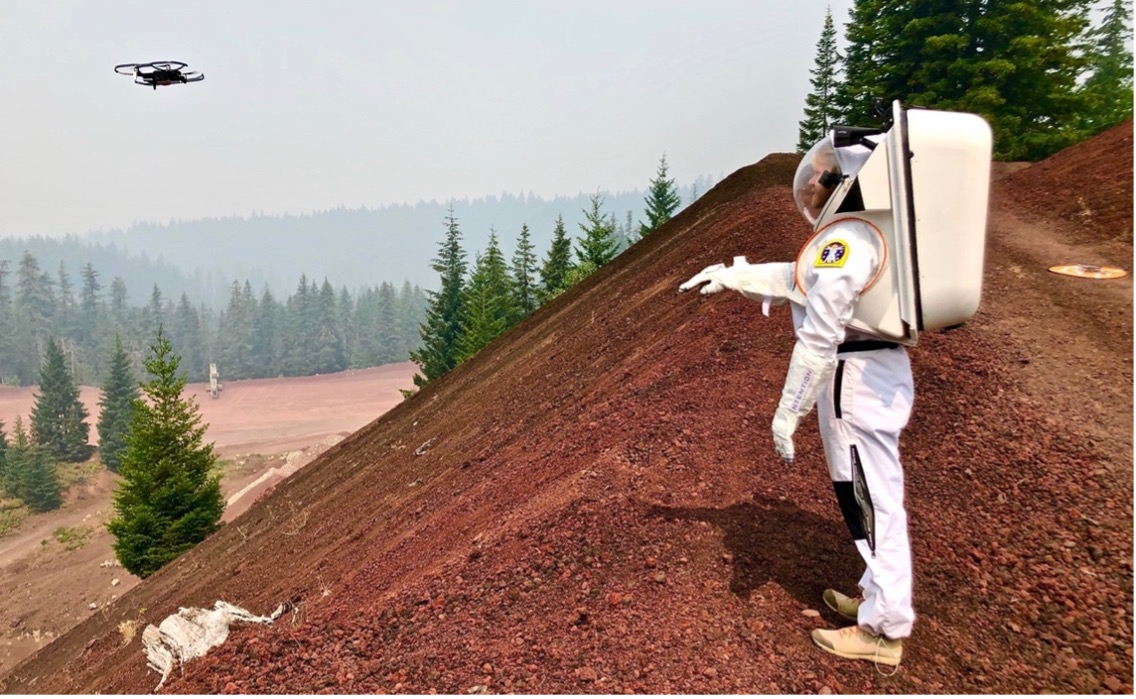 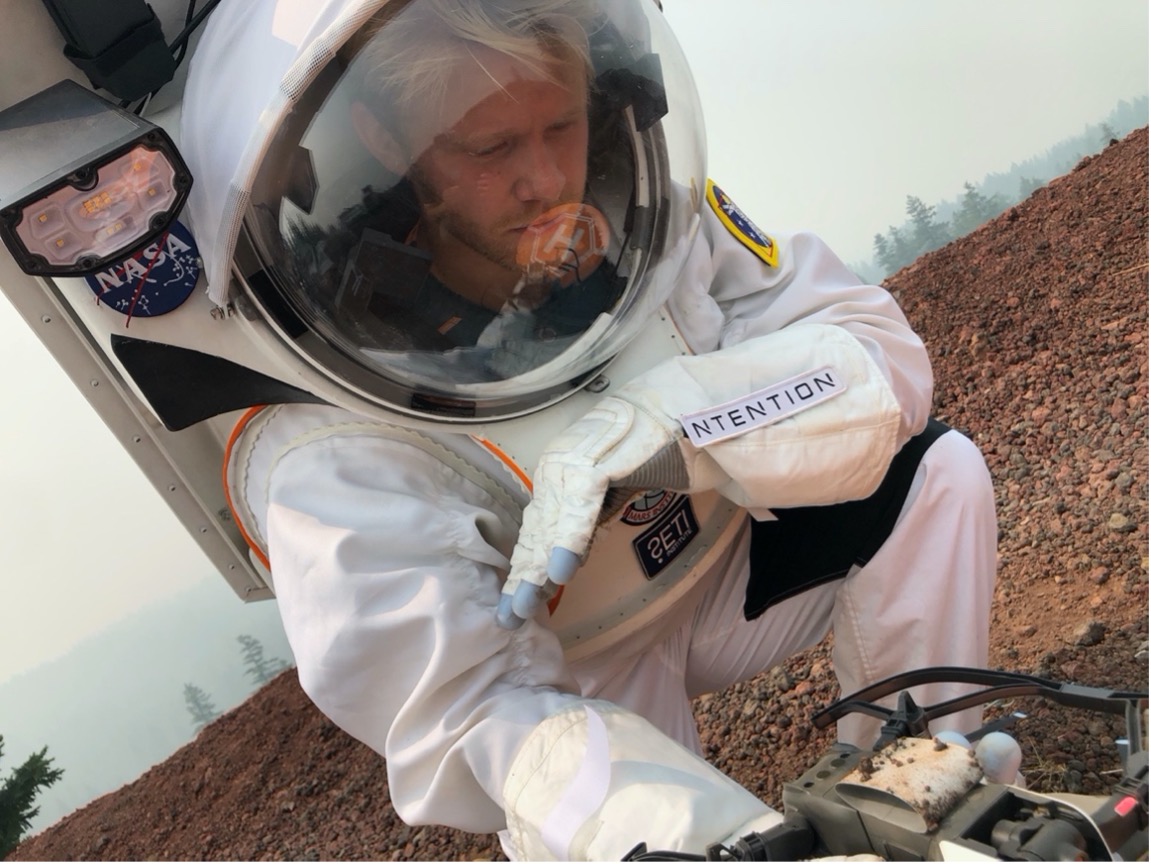 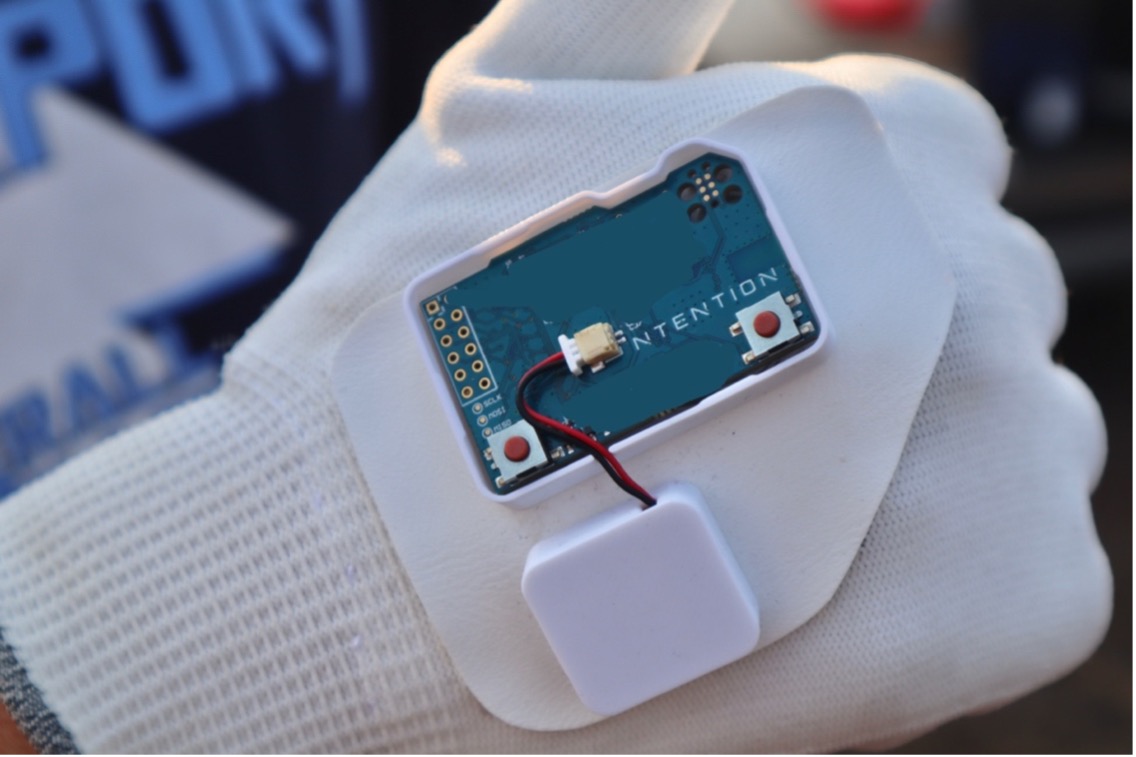 Ntention is a Norwegian deep tech start-up founded by a group of engineering students from the Norwegian University of Science and Technology (NTNU) with a passion for human-machine interaction. The aim of the company is to radically improve the way one interacts with technology. Ntention is developing a user-centered interaction framework, that captures the user’s intention through multi-modal input methods (such as motion capture, eye-tracking, and voice commands) and translates it into machine command. The system is called the Ntention Interaction Framework (NIF). NIF will be a game changer in several industries, ranging from interaction systems for astronauts, to meeting solutions using VR in the construction industry and has previously been demonstrated in several use-cases, including a music production and performance glove, and the control of robotic arms.

The Haughton-Mars Project (HMP) is a field research project centered on the scientific study of the Haughton impact crater and surrounding terrain on Devon Island, High Arctic, viewed as a Moon and Mars analog. The HMP also leads field exploration studies to help plan the future robotic and human exploration of the Moon and Mars. The Haughton-Mars Project engages several collaborating organizations and is supported in part by the National Aeronautics and Space Administration (NASA) under Cooperative Agreement NNX14AT27A between NASA and the SETI Institute. The HMP is headquartered at NASA Ames Research Center in Mountain View, California. The HMP’s base camp on Devon Island, the Haughton-Mars Project Research Station (HMPRS), is operated by the Mars Institute. The HMPRS is the largest privately-operated polar research station on Earth and a leading field research facility dedicated to planetary science and exploration. Dr Pascal Lee of the Mars Institute and SETI Institute serves as the project’s director. Due to travel restrictions to the Arctic associated with the COVID-19 pandemic, the HMP-2021 summer field campaign was rescoped and replanned to take place in Oregon in August, 2021.

For more information on the NASA HMP:

For more information on the NASA HMP-2021 field campaign:

Collins Aerospace is a leader in technologically advanced and intelligent solutions for the global aerospace and defense industry. Collins Aerospace has the capabilities, comprehensive portfolio and expertise to solve customers’ toughest challenges and to meet the demands of a rapidly evolving global market. It is one of the four businesses that form Raytheon Technologies. 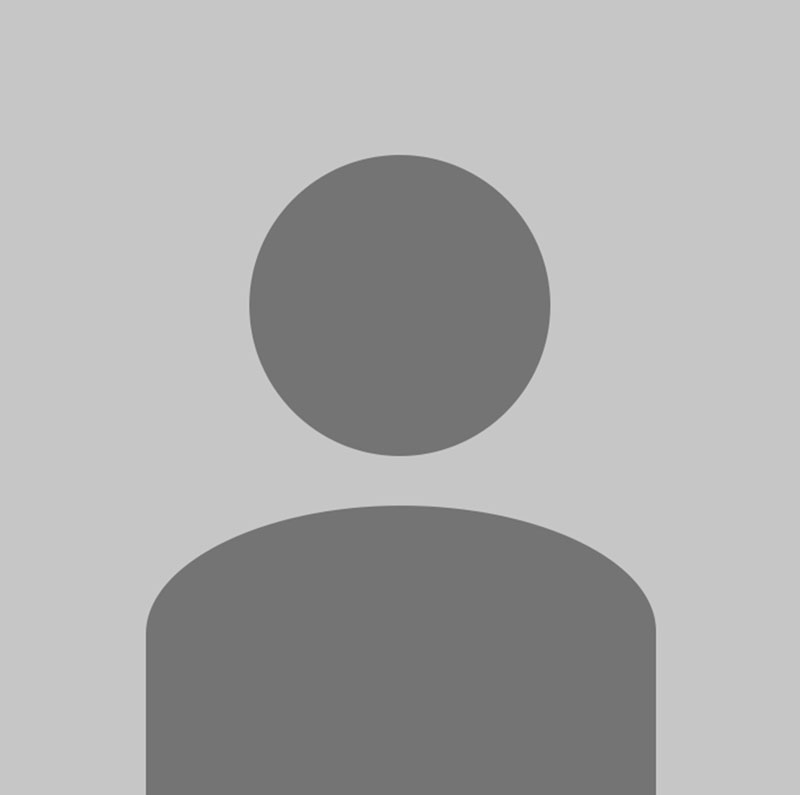